We all have listened to the loud noises created by motorcycles, for some people, it is a pleasing sound but for some, it is an annoying noise. The easiest and simplest way to make a motorcycle louder is to make modifications to the motorcycle baffles. That makes me wonder, can you modify your motorcycle baffles?

If you are planning to make some modifications to your motorcycle baffles then there are some important things that you should do before making any kind of changes.

Read along to the end and then do anything, so that you know what kind of problems and implications you might face in the future.

How much can you modify your Motorcycle Exhaust?

It is very common among motorcycle riders to make changes to their rides, so they can make their motorcycle from other motorcycles. And replacing the OEM exhaust for an after-market one or modifying the baffles is the first thing they all do.

There are various reasons why motorcycle riders modify or change their OEM exhaust because they want to be heard by the other drivers on the road. Many new riders think it is cool to ride a loud motorcycle. But these modified exhaust systems create problems for other people.

Different states have different levels of noise that your vehicle falls under, if you exceed that limit then it can be a violation, and sometimes traffic officers carry a sound level measuring device to measure the sound levels of different vehicles. And if your motorcycle is above that level you must have to pay a fine.

And sounds above 80 decibels if heard for a long time can cause damage to the hearing ability of a human.

And if you are riding with a loud motorcycle for one or two hours, then it can damage your hearing. If you still want to modify your motorcycle baffle then make sure you have to fall under the noise levels of your state’s law.

Different states have different noise levels, so make sure to confirm your state before making any changes to the motorcycle baffles. You can find about the noise levels of your state from this detailed article by Sema Action Network.

And that is why there is a law that you cannot make any kind of changes to your OEM exhaust system, and if you do, then you may have to pay a hefty fine ranging from $50 to $250.

So, it is not recommended by me to modify anything to your OEM exhaust, it can create issues for you and your motorcycle as well.

How modifying your motorcycle exhaust damages the engine?

Even if you plan on doing some kind of modifications to your motorcycle exhaust, you should know the potential damage that it can cause and also how it can affect the performance of your motorcycle in the long run.

In this section, we will discuss the damages caused by modifying the exhaust on your motorcycle, and how it affects the engine.

As with the stock motorcycles, baffles are used to minimize the exhaust sound and also traps the carbon dust particles coming out from the exhaust pipe by making the exhaust gas pass through a chamber, and then coming out in proportion.

This passage gives a factory-tuned sound note to the motorcycle, which is also approved by the safety norms regulated by the government.

However, if you plan on making modifications in the exhaust of your motorcycle, in order to get a roaring sound, which is often much louder and sharper than the stock sound, then you should also know about the environmental concerns that it may have, which we will discuss later in this article.

Not only this, internally, your motorcycle may or may not be designed for the type of modifications that you are trying to make. For example, consider the back pressure: Every motorcycle baffle is designed to maintain optimum back pressure to the engine, which doesn’t do any harm in the long run.

However, there is a limit to that backpressure, which is often set by the manufacturer, and all the stock baffles and exhaust system never crosses that limit, whether you rev your motorcycle to its maximum capacity or idle it at even less than 2,000 RPM.

But, when you modify your motorcycle with a different exhaust baffle, it might sound great to your enthusiastic ears, but at the same time harms the engine on your motorcycle by increasing the pressure on the pistons.

This happens due to the increased back pressure returning to the engine from the exhaust manifold, and surrounding the pistons with an additional pressure apart from the pressure generated by the internal combustion process.

Pistons are generally made to withstand the pressure that is generated inside the system through the combustion process, but the pistons are not designed to undergo an excessive amount of backpressure from the exhaust as they are designed to run with the stock exhaust.

In the long run, however, you may notice some performance issues on your motorcycle, and also if the exhaust system that you have installed might age faster as compared to the stock exhaust.

Also, when you install a third-party exhaust system in your motorcycle, then over time, there are chances of gas and exhaust leakage through heat and wear and tear of the exhaust system.

Increased diameter of the exhaust pipe results in increased heat production in the exhaust, which your engine may or may not be designed for. Also, upon constant wear and tear, there are chances that you might need to replace the entire exhaust system due to the damage caused by the baffles.

Many riders also have a query of removing the baffle in their exhaust system to make it louder and not worrying about any kind of engine damage due to a third-party exhaust system.

However, it doesn’t work well like this, and by removing the baffle inside the exhaust system, you simply imbalance the air flowing in and out of the engine.

And, as with internal combustion engines, the air flowing in and out should be balanced and by removing the baffle, you may get tweaked up power and torque, but it will imbalance the system of the engine and also increase the chances of breakdown due to overheating.

All in all, modifying the exhaust system in your motorcycle damages your engine and also deteriorates the performance of your motorcycle. Whether it may sound appealing and even bring your attention, you should always be aware of the potential damages that it may have on your motorcycle.

Well, speaking about the backpressure, it is the reversing pressure in the flow of exhaust gases, which happens after installing custom exhaust baffles in your motorcycle.

The resulting fact is that the exhaust gases return to the engine in an increased quantity, compared to the stock exhaust system. And the increased inflow of exhaust gases is what is known as backpressure.

However, there is also a limit to it! And, when the back pressure crosses that limit which is around 1.5 psi (10 kPa), then there arises a series of problems and a dip in the performance of the engine.

As you know, when the pressure inside the pressure cooker increases, the excessive steam releases and it stabilizes the system.

This results in an imbalance in the thermal system of the engine and eventually overheating. Not only this, but excessive backpressure might also cause serious damage to the valves and other parts of the engine.

Now, when you modify your exhaust system, the engine will be running smoothly in idling conditions, say at around 2000 RPM, and the backpressure is also under limits.

But, as soon as you increase the speed and the engine starts revving, the backpressure increases significantly, and upon longer duration at such rpm, or even more, there are high chances of the engine choking due to the excessive back pressure on the system.

While the increased backpressure is a threat to the engine, it also results in lowered torque and power output due to the lack of optimum ventilation in and out of the engine.

— Also read: What is a Hypercharger? Does it REALLY Improve PERFORMANCE?

So, when it comes to performance and ride quality, the exhaust baffles doesn’t seem to help in any way, instead, it possesses a real threat to the engine by causing overheating and choking and also affects the performance of the engine.

Does removing the baffle voids the warranty?

If you are going with the off-market exhaust, which the company doesn’t recommend, then it is most likely that your warranty will be gone and more than that, you might even be fined for breaking the EPA norms. Now, what are EPA norms and why is it important?

EPA stands for Environmental Protection Agency, which regulates the emission norms of street-legal vehicles by checking the particulate matter that your vehicle is emitting and whether or not it qualifies it.

So, as far as safety is concerned, modifying motorcycle baffles can be very dangerous and it might even lead to voiding your warranty and getting you in trouble. It is best advised to go with the baffles and exhaust system that companies offer, as it covers all the regulations of the EPA and also doesn’t affect the warranty of your motorcycle.

If you own a Harley Davidson and want to modify the baffle and exhaust system just because you are bored or want a distinct exhaust note on your motorcycle, you can go with the screaming eagle options that Harley Davidson provides to its customers.

There are a variety of customizations on offer including baffles, street performance mufflers, double shotgun mufflers, silencers, and whatnot. All you need to do is to check the compatibility of the accessory that you are choosing and whether it works perfectly with your model or not.

Now, you must be wondering about the warranty! Well, if you are a Harley Davidson owner and you are going with the screaming eagle baffle, then it will not void your warranty in any case.

For example, on purchase, you choose a five-year warranty on your engine and other parts, then you can also choose the warranty on your exhaust baffle, be it one year or five years, depending on your preference.

With the screaming eagle baffle, it becomes much easier for the Harley Davidson customers to modify their motorcycle as per their convenience without losing out on warranty and also not violating any kind of emission norms regulated by the EPA. 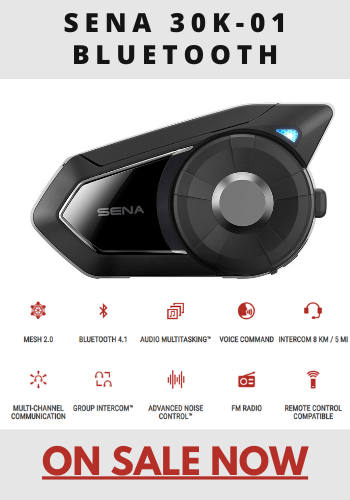 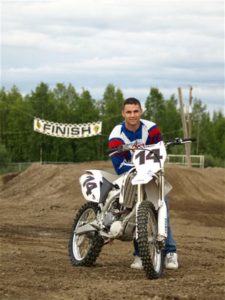